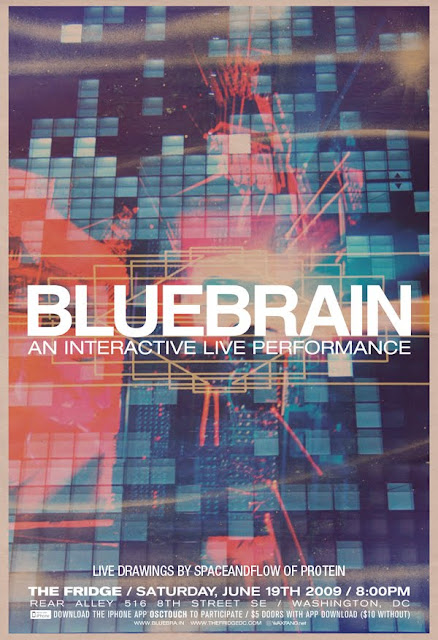 "On Saturday, June 19th at 8:00 PM, The Fridge will host a slightly unusual concert at their gallery space in Capital Hill. DC-based duo Bluebrain will be performing a set of largely instrumental/electronic/ambient music. Unlike most performances, however, the audience will be able to control elements of the music wirelessly via their iPhones & iPod Touch (and iPads, actually--high fives to anyone who actually brings one of these magical devices!). Meanwhile, artist Arijit Das (spaceandflow) of Protein Media will be drawing large-scale illustrations, improvised, based on the music that's created between Bluebrain and the audience. The Fridge will become a sort of echo chamber, where everyones input influences the work of everyone else in the room."
Electronic artist Yoko K (recently seen performing at the TED Conference) will open the evening.

JUST ANNOUNCED:
Rana Sobhany is coming into town to close the evening. Read about her here.
http://www.wired.com/underwire/2010/05/ipad-dj-rana-sobhany/


Specifics/instructions on how to participate will be provided at the event (so please arrive early/on time!) but for now, here's is what you need to know:
-If you'd like to participate you'll need to download an app called TOUCHOSC from the Apple Store. While it's not a large app, it's preferable that you download it before arriving. Also, make sure you're running OS 3.1.3 (if you don't know, just make sure your phone is up to date :)
-The cost of the event is $10. However, if you have downloaded the app onto your iPhone/iPad/iPod Touch, just show it to us when you arrive and we'll subsidize the cost...you will only be charged $5 for admission with the app.
-It is NOT requred that you have an iPhone/iPod Touch to attend this event. We tried very hard to extend this technology across different smartphones, but the technology just isn't there on all phones yet. That said, we will have other ways for people to participate without phones and, of course, we all hope you have friends who will share theirs :)
Look forward to seeing you there! Feel free to send us a message with any question you may have--
LINKS:
DOWNLOAD THE TOUCH OSC HERE:
http://itunes.apple.com/us/app/touchosc/id288120394?mt=8 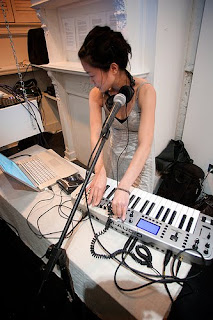 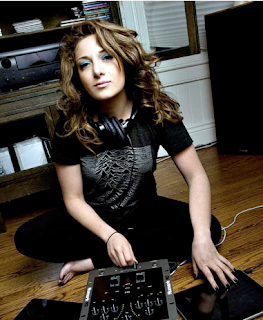 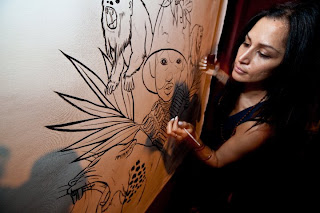 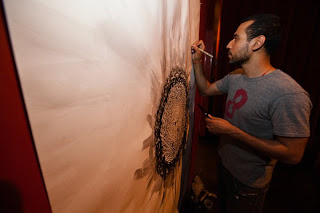