Bluebrain & Smithsonian Partner for "The World of Tomorrow" 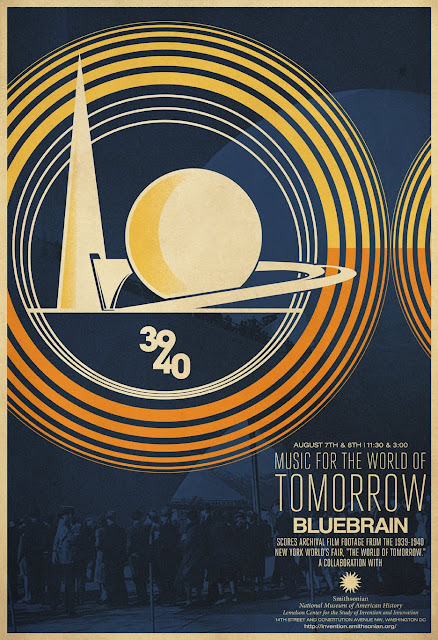 A few months ago, the Museum of American History invited us into their "vaults" to view archival footage of the 1939 World's Fair in Flushing Meadows -- the idea being we would then create a musical score to accompany the film, much of which has never been seen before. (The footage itself is pretty incredible. The majority of it is in color, a technology that was brand new at the time. There is actually color footage of FDR! As well as fireworks, high divers and synchronized swimmers.) The process has been unlike anything we've done before and we're really excited to share it. More information after the jump....


This weekend, in the Carmichael Auditorium at the National Museum of American History, we will be performing this instrumental score live during screenings of the footage. The performances will take place four times over two days. This event is free and open to the public.

Music for The World Of Tomorrow
Carmichael Auditorium (First Floor) National Museum of American History
Saturday August 7th and Sunday August 8th
11:30 AM and 3:00 PM
Free / All Ages
PLEASE CLICK HERE TO RSVP
at 9:48 AM