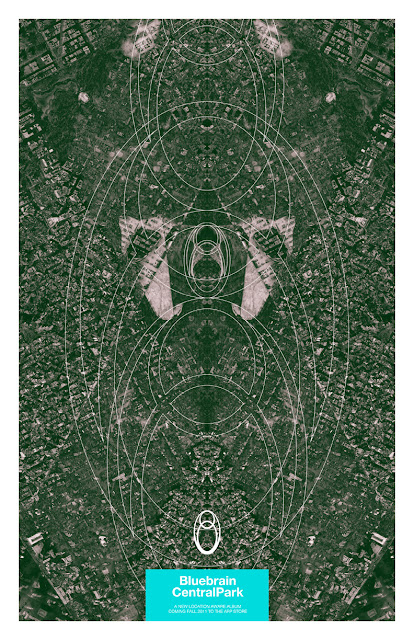 The second in our series of location-aware albums, entitled 'Listen to the Light' and designed for Central Park in New York City, will be released on October 4th in the App Store.


Full press release after the jump...


"Washington DC-based duo Bluebrain's latest release is not a traditional album -- it can't be listened to passively in one sitting or, for that matter, at just any location. 'Central Park' is a site-specific work of music that responds to the listeners location within the stretch of green of the same name in New York City. Available only as an iPhone and iPad app, the album will be released starting October 4th, 2011.

'Central Park' is the second in a series of site-specific app-albums, following 'The National Mall', released last May, designed to work within the boundaries of the park in Washington DC.

Both albums work by tracking a users location via the iPhones built-in GPS capabilities. Hundreds of zones within the landscape are tagged and alter the sound based on where the listener is located in proximity to them. Zones overlap and interact in dynamic ways that, while far from random, will yield a unique experience with each listen. The proprietary design that is the engine behind the app stays hidden from view as the melodies, rhythms, instrumentation and pace of the music vary based on the listeners’ chosen path. Unlike other music-related apps, these are not musical toys or instruments. Nor are they a compliment to a traditional album release. The app is the work itself. A musical 'Chose-Your-Own-Adventure' that does not progress in a linear fashion but rather allows the listener to explore the terrain and experience music in way that has never been possible before now. Chris Richards wrote in a Washington Post cover story, "Bluebrain ('The National Mall') is helping to redefine what an album actually can be...it's truly magical".
at 8:03 PM